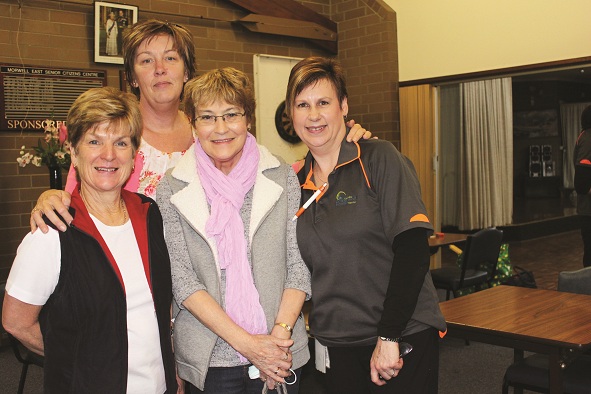 In addition to improving her health through moderate exercise, she also found friendship, support and information about chronic obstructive pulmonary disease, or COPD, which she suffered from as an ex-smoker.

“The group was and is a great initiative. Preventative programs like these help people stay out of hospital,” said Mrs Lewis.

Mrs Lewis is among four Morwell residents who are part of the original exercise group that the Latrobe Community Health Service respiratory nurse started.

The Morwell group celebrated its 10th anniversary on 21 October with a gathering at the Morwell East Senior Citizens Centre.

“Some of our friends are no longer with us, but even when their health was deteriorating we would talk often and support each other,” said Mrs Lewis.

“This in turn makes their conditions worse. In these groups, people learn to exercise and pace themselves if they get out of breath, they have a rest, but then get going again,” she said.

“Having a respiratory disease doesn’t mean you have to stop living a full life.

“There are three respiratory exercise groups in the Latrobe Valley that
are specifically tailored for people with breathing and lung problems, including COPD, emphysema, and asbestos-related diseases.”

People interested in participating in these groups can talk to their GPs
or by calling Latrobe Community Health Service on 1800 242 696.

School anxiety: what is it and how can I support my child through it?